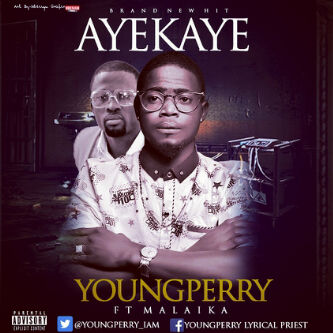 Ibrahim Abiodun Bolaji, popularly known as “ Youngperry ” is an indigine of Ogun State.
He was born in Lagos in the year 1990, he started his career as an artist at the age of 18 and got signed by an individual [Bode John] who was like a shoulder to the late {Dagrin} in the year 2001. Been there for long, and now in partnership with [316DiGiTs]
He is a prolific indigenous rapper and his energetic vocal delivery made him standout. His first single titled [Ogun Wa N’Bank)was a Bomb and he has dropped another one called AYEKAYE in which he featured with the fuji icon KS1 Malaika.
Download, Enjoy And Comment!!