by don infinity
in Uncategorized
0

A few weeks ago, Nigerian producer, artist manager, singer, songwriter and multi-instrumentalist, Bankulli visited Pulse Nigeria for an hour-long chat about his career, his come-up, his career as a manager and connector.

This was also on the back of his much-publicized singer-songwriter role on the critically acclaimed album, The Lion King: The Gift. The album is a soundtrack for the live-action remake of classic action adventure film, The Lion King. During the interview, he discussed how he got the name Bankulli and how D’Banj met Kanye West in 2010.

To the general public, D’Banj and American producer, Kanye West simply got professionally involved, but there is a story behind it and Bankulli who is a known associated of Kanye West was there. Narrating to story he says, “Everything all started at the Dubai airport wit Kanye. But before then, we had been interfacing with Chris Aire and the plan was to link up with Snoop Dogg.

“Now the good thing was that we went to Dubai for a mega birthday party and we were there for some days. While we were pulling up at the airport, the hotel chaffeurs came with a placard bearing ‘Mr. Kanye West.’ 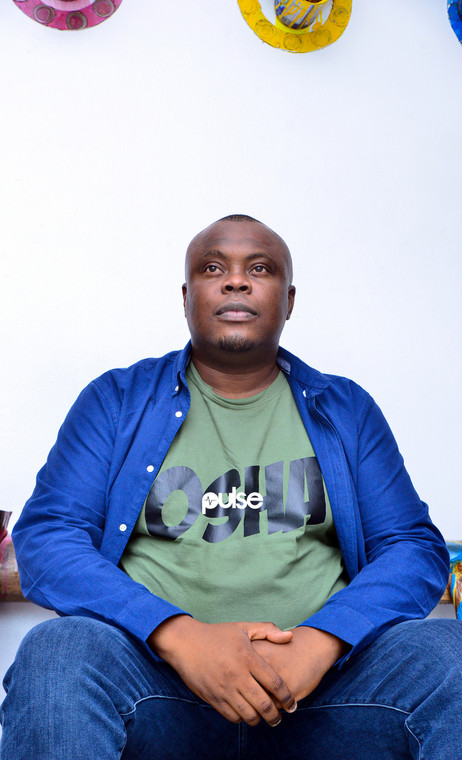 “When we pulled up, we spoke amongst ourselves that Kanye might be at the airport. While we were checking so we wouldn’t miss out flight, we spotted Kanye at the same lounge and I remember that I told ChuChu to go double check if it was Kanye…

“But being who he is, ChuChu didn’t just confirm, he went to greet Kanye West. I was looking at him as he came back to confirm that it was Kanye (in Yoruba)… As we were approaching Kanye West, I asked D’Banj about the music he would like to play for Kanye. I then approached Kanye and said, “Hi, My name is Bankulli and this is D’Banj, one of the known acts from Africa.

“He has been on the same stage with you. They were all shocked when Kanye who was sitting down stood up and greeted me. When I introduced D’Banj, he was actually attracted to his T-Shirt. We played him music and told him about plans to catch up with Snoop Dogg he made a request that on our way to Los Angeles, we should meet him up in New York.

“He said he would be very happy to receive us. At that time, they were calling final boarding… Eventually, we made the flight and that was the beginning. Of course, we connected in New York and the story is there for everybody to follow.”