Ovularia was awarded the ‘Peter Obi Legacy Award for Female Excellence’ at the 2019 AFRIFF Globe awards.

The lifetime achievement award is coming a few weeks after death rumours that were quickly dispelled by the actress and her on-screen husband, Chika Okpala aka Chief Zebrudaya. 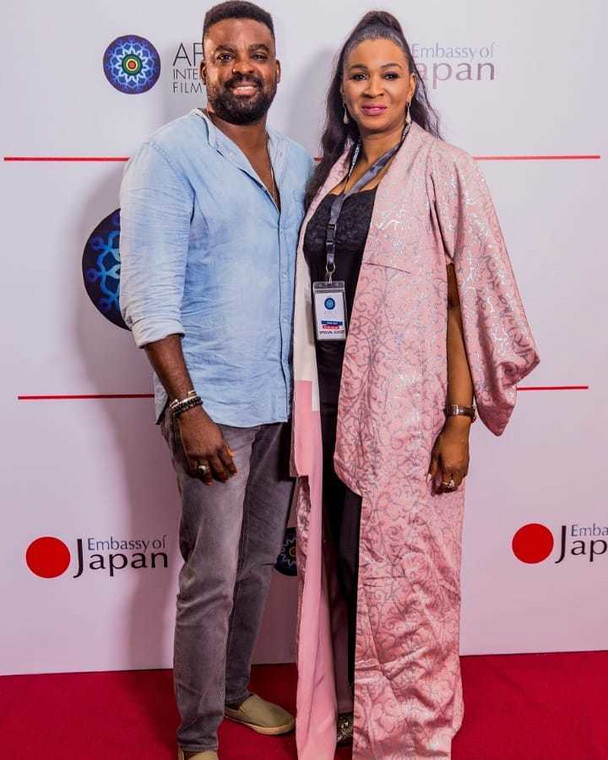 Chioma Ude reportedly informed film buffs that AFRIFF decided to give its first-lifetime achievement award to Ovuleria many weeks back.

The CEO and founder of AFRIFF went on to narrate how she reached out to the veteran actress as well as ex-Governor of Anambra State, Peter Obi, who agreed to endow the award.

Ude noted that she and her team specifically wanted to honour a living veteran who has paid his/her dues in the industry with the award.

Ovularia is one of the stars of the 80s TV sitcom, ‘The New Masquerade’. She plays the submissive wife of Chief Zebrudaya in the sitcom that also has several characters including Tony Akposheri aka Zaccheus, Chief Jegede Sokoyo (played by late Claudius Eke), James Iroha aka Giringori Akabogu and Veronica Njoku widely referred to as Ramota.

The aging actress says she’s hale and hearty but confirmed that she’s battling with arthritis, hypertension and bad eyesight as a result of her old age.

Tonto Dikeh says she hasn’t been deported from Dubai [Video]